detection to justify retention of a feature tree.

Following completion of new halls of residence, designed around a mature wellingtonia, an inspection of the tree was carried out. This showed some loss of vigour and identified Armillaria (Honey fungus) hyphae at the base of the tree. Since this fungus commonly causes basal and root plate decay, there were concerns that this tree might need to be removed.

A resistograph – a small diameter drill that measures resistance – was used to corroborate the tomography findings. Since Armillaria often causes root decay, an air spade was used to expose major roots to be able to check that they were sound.

Sonic tomography was used to check the base of the tree. This system measures the velocity of sound waves between sensors strapped around the stem to detect decay and cavities in standing trees non-invasively. The resulting scan initially suggested a large internal cavity, however more detailed analysis showed that this pattern was caused by vertical cracks. 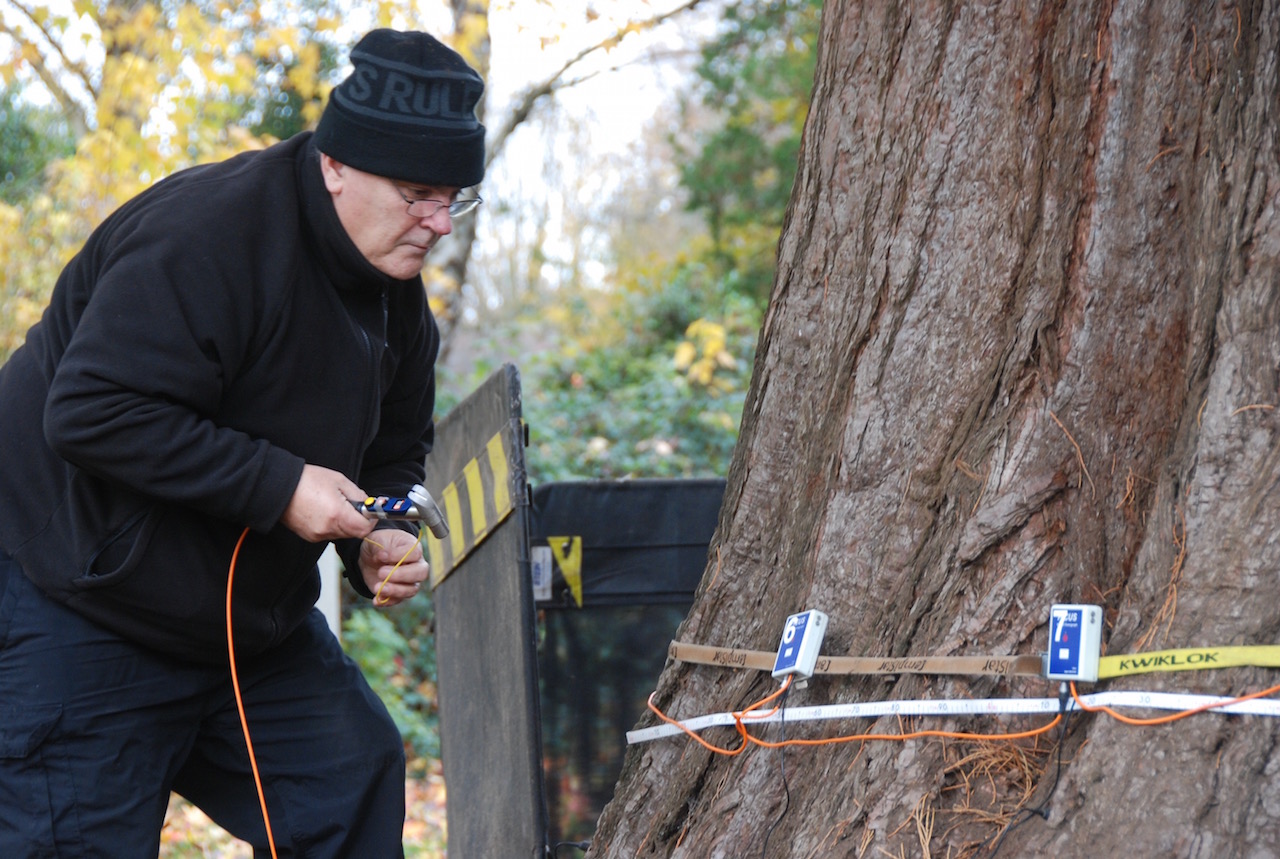 The result of the investigation was that there was no need to take immediate action.

Instead turf has been removed and replaced with composted bark mulch.

The soil around the tree has been inoculated with Trichoderma mycorrhiza, which may help reduce the progression of the fungus.